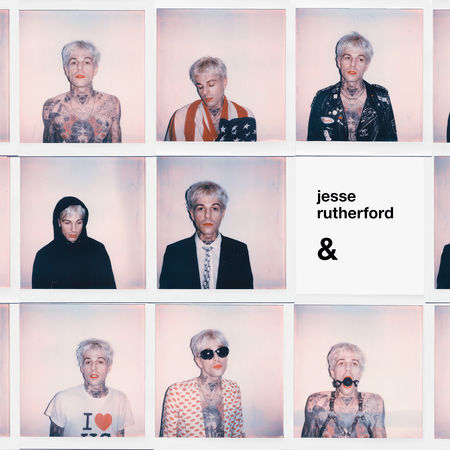 A separation between the indie rock band The Neighbourhood and their leader singer Jesse Rutherford happened, but don’t worry, The Nbhd is still a band. We don’t know what to expect. Or do we?

Last week, the band’s lead singer Jesse Rutherford announced on his Twitter that his debut album would have come out on Friday, November 10th, very nonchalantly.
We, as The Nbhd’s fans, really didn’t know what to expect, since their style is very unique as a band, but I don’t think anyone imagined how a solo album would sound.

We know that the creative process hasn’t been easy nor brief, as Jesse explains through another tweet, and we can hear it all in this “debut” album.
Jesse knows what he is doing, and even if sometimes the sounds are confused and blurry, it is visible that behind every note there is a meaning.

The genre which Jesse is experimenting with is mostly Pop, with a hint of R&B flows and Electro Hip-Hop. The influences of the producers (Dylan Brady, MD$, Lars Stalfors, Alex Leone, and Take A Daytrip) are evident, because of the fresh and young melodies and sounds that are constant throughout the entire record.

The tracks’ styles differentiate from one song to another, starting from an opening track, Born To Be Blonde, full of auto-tune following the steps of many rappers, with tempting lyrics such as “I was born to be blonde, I’m a f*cking icon”. It triggers a domino effect composed by a levelled climax, followed by the second track Pretty Illusion. The lyrics in this album are the element that surprised me the most: they are very challenging and provocative, a perfect personification of the character Jesse created online.

“The hardest part of making love, is breaking up. So if you don’t mind I think we should stay in love.”

After a pretty intense hip-hop track (Barbie & Ken), there is a melodical break with I Think We Should Stay In Love, a rich tune, even if very simple, embroidered with acoustic guitars and gentle vocals.

The highest peak of the record is for sure the 6th and the 7th track: Bloom Later and Drama, which in my opinion is the best tune on the record; it embodies Rutherford’s and The Nbhd’s influences perfectly, with ethereal synths and echoed vocals.

“And you could keep praying but nobody’s safe from the end.”

The emotions this record keeps for itself, the untold ones, leave a shadow through the lines of the melodies, and Jesse hides them, very effectively, by using electronic synths and choirs, even in sudden passages like it happens in the last track Guinea Pig, which he describes: “[…] essentially a nursery ryhme for white boys in the suburbs suffering from identity crisis. With questionable lyrics like, ‘sometimes i dress like a homeboy, sometimes i dress like a homo’ it is clear to see that Jesse® has trouble understanding who he is, or what ‘identity’ means in 2017. Whether you consider it insight or ignorance, it is definitely a reflection of a confused consumer living in the internet. […]”

Jesse wants to fight and destroy gender standards and rules, in a challenging and self-ironic way. His lyrics are the proof, and his looks in the various Polaroids that we can see on the album’s cover are very provocative and sometimes extreme. But he is trying to hold his ground and make a point, and I think he is succeeding.

The remaining tracks IDK, Dime & Dog, and Blame, have a less strong impact on the listener, but they condense all the various styles Rutherford attempted to represent.

The grade is 7,5/10, because it is an amazing record, with hints to Frank Ocean‘s music, and dreamy sounds that transport us in another dimension. It is the perfect record to listen during a car ride, or at night in front of your fireplace with a glass of red wine in hand.
The record creates a fuzzy environment, like a dream that is not really a dream.

Talking about the title interpretation, I have two theories: & as in “not finished yet”, or & as in “I feel accomplished with what I did, at the end.” I suppose every answer is in Jesse’s articulated mind.

He for sure is an eccentric character: he was able to give us a prophetic view on the future of Pop Music. It was very pretentious of him, to canalise this kind of sounds and lyrics mixed with his rebellious image, but life is pointless if no risks are taken.

But the question is, can we creep into Jesse Rutherford’s head or will we just stop at the surface of this haze that he was able to create?

“I’m not trying to be dark, but I just got to the part where you stare at the stars and compare what you are to everything all around, wonder what it’d be like if it all came crashin’ down.”